One day Jesi and Dale were laying around gazing up on a star filled night.   Dale, knowing he wanted to spend the rest of his life with her, got on one knee and proposed marriage to Jesi.  Jesi was ecstatic and jumped for joy and that night it was decided that they would wed on a beach in Costa Rica.

This is how our story begins.

Jesi and Dale’s Costa Rica wedding took place on Playa Carmen, which is a beach between Malpais and Santa Teresa on the tip of the Nicoya Peninsula.  Jesi and Dale had a real DIY wedding and did almost everything themselves, from building the arbor to catching the fish that they would serve later that night.

The wedding day started with Jesi getting ready at one of the houses at Casas de Soleil, the photographers captured shots of Jesi’s beautiful wedding gown and Jesi getting ready for her special day.  Meanwhile Dale and the guys headed down to the beach and built their arbor out of the drift wood they found on the beach and then proceeded to decorate it with white tulle.  Then the guys foraged for some foliage and flowers to finish it off and it turned out magnificent I have to say.

Once everything was all set, Jesi proceeded down the path to the beach with her bouquet of tropical flowers where Dale and the guests were anxiously waiting.  Jesi looked stunning, as you can see from the look in Dale’s eyes, as he saw her for the first time coming down the aisle.  It was a beautiful ceremony as the family and guests looked on and Jesi and Dale exchanged wedding vows on Playa Carmen.  Later the the photographers were able to utilize some of the natural beauty and lighting surrounding them to capture some wonderful shots of Jesi, Dale and the wedding party.  Having such a gorgeous backdrop with the Pacific ocean  and towering rocks make for some picture perfect photographs. The photographers love being creative and using whatever resources are available to them, whether it is a pair of sunglasses, the setting sun or a reflections of any kind.

The photographs tell the story of this marvelous day for Jesi and Dale.  I hope you enjoy them. 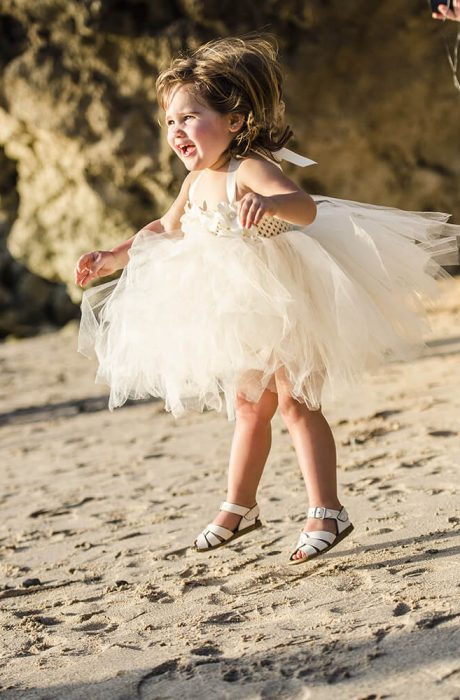 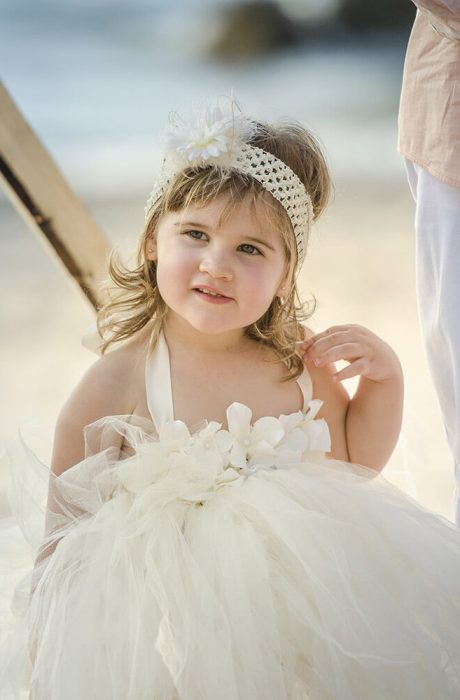 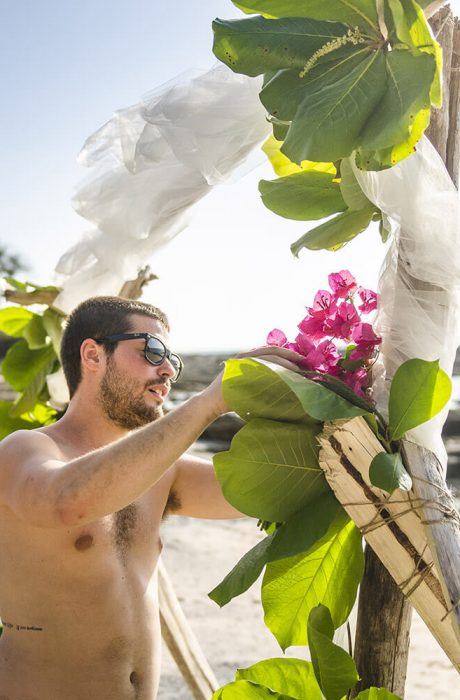 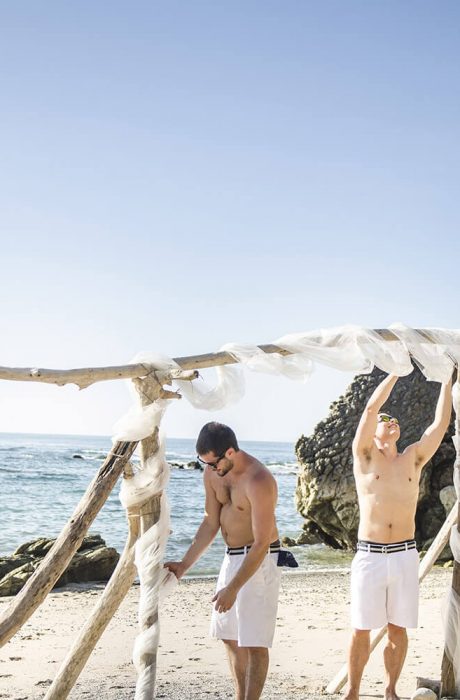